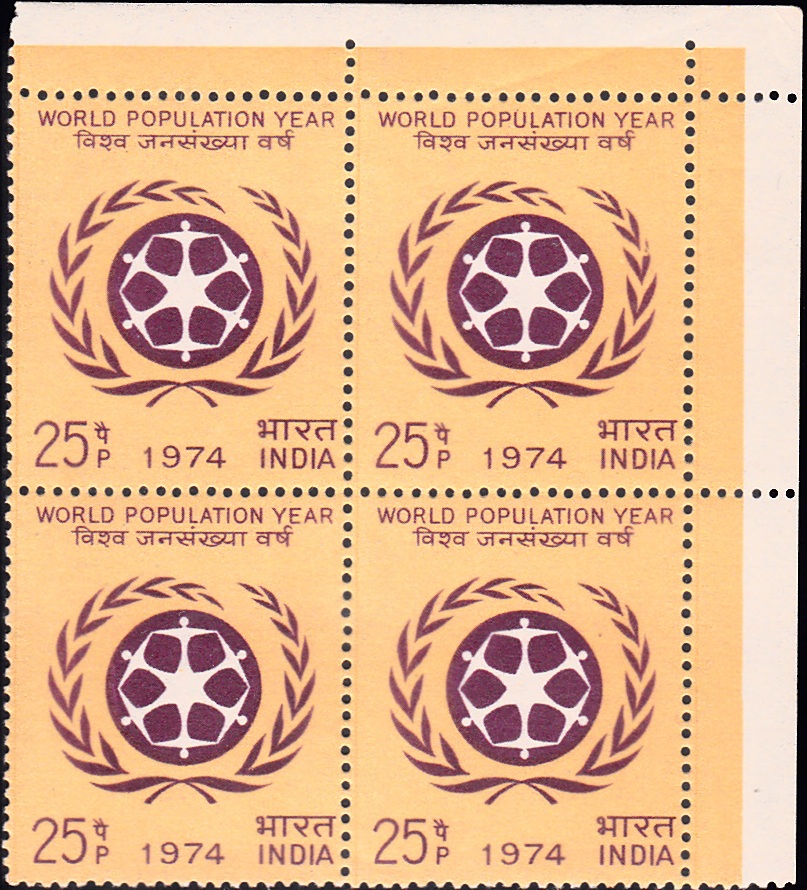 A commemorative postage stamp on World Population Year, observed by United Nations in 1974 :

Issued for : The P & T Department deems it a privilege to bring out a postage stamp on this occasion thereby highlighting the efforts of the World Community towards achieving a better quality of life for man.

Description of Design : The stamp design is vertical and depicts the United Nations Emblem for the World Population Year 1974.