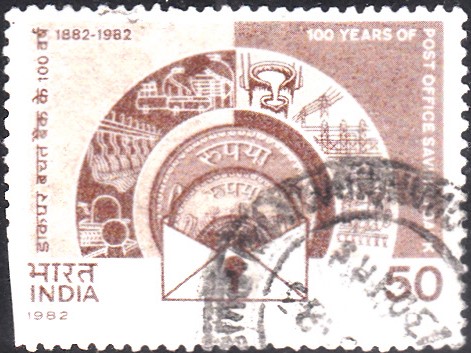 A commemorative postage stamp on the Centenary of the Post Office Savings Bank (POSB):