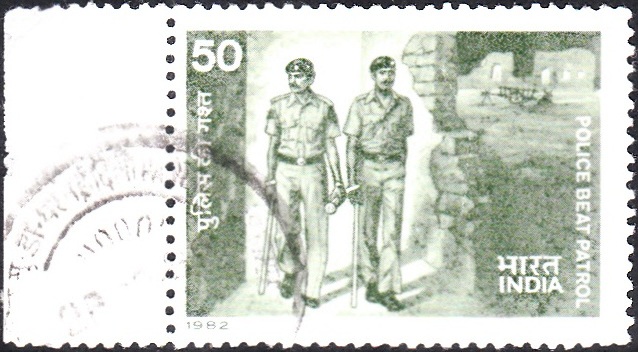 Issued for : Indian Posts & Telegraphs Department is happy to issue a stamp on the occasion of Police Commemoration Day.

Description of Designs : The stamp depicts the fundamental police activity, namely, patrolling the civilian areas night and day, in cities and villages, so that crimes may not occur, and the lurking criminal is caught. It is based on a design Brahm Prakash. The first day cover which has been designed by S. Kitson, is based on the Shanti Parva of the Mahabharata on ideal criminal administration. The cancellation, designed by Gautam Kaul, shows the integration of the public with the Police which is their motto.