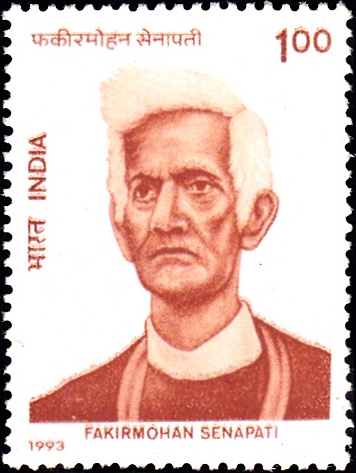 Issued for : His life was undoubtedly a saga of unsuspected human potentialities. The Department of Posts has been issuing commemorative stamps on great Litterateurs of this country. The invaluable contribution to Oriya literature by Fakir Mohan Senapati has found expression in the issuance of a stamp on him to commemorate his 150th birth anniversary.