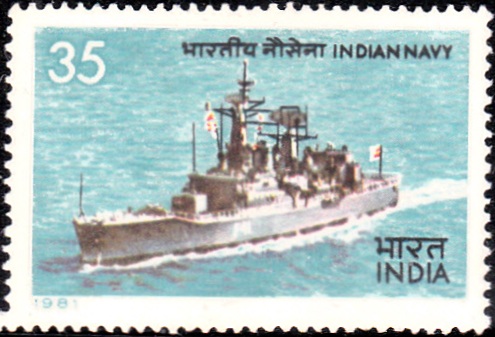 Issued for : The Indian Post & Telegraphs Department was privileged to issue a special postage stamp on the Indian Navy to commemorate Navy Day which is observed on 4th December every year.