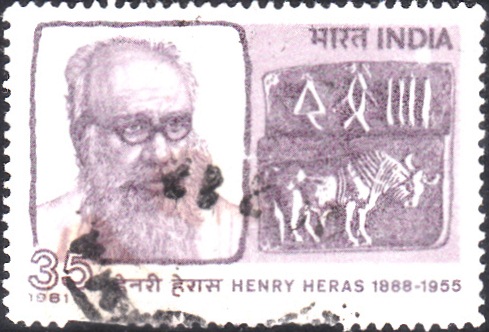 A commemorative postage stamp on the Death Anniversary of Henry Heras, a Spanish Jesuit priest, worked as archaeologist and historian in India :

Issued for : Indian P & T Department is privileged to issue a stamp in his honour.