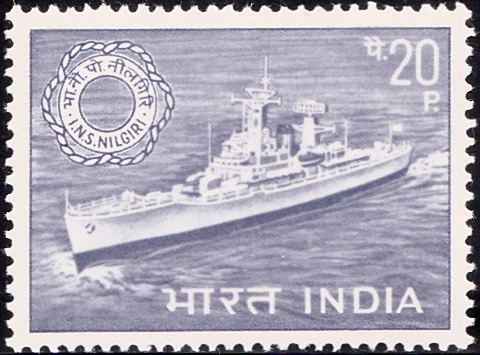 Issued for : The P. & T. Department joins the nation in congratulating the Navy on its achievements by issuing a special postage stamp on Navy Day, 1968.

Description of Design : The design of the stamp is horizontal and depicts a picture of the new frigate I.N.S. “NILGIRI” which has been launched by Prime Minister recently.