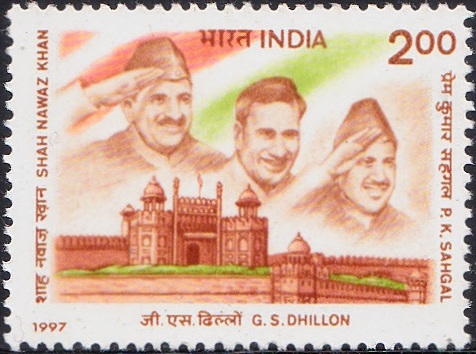 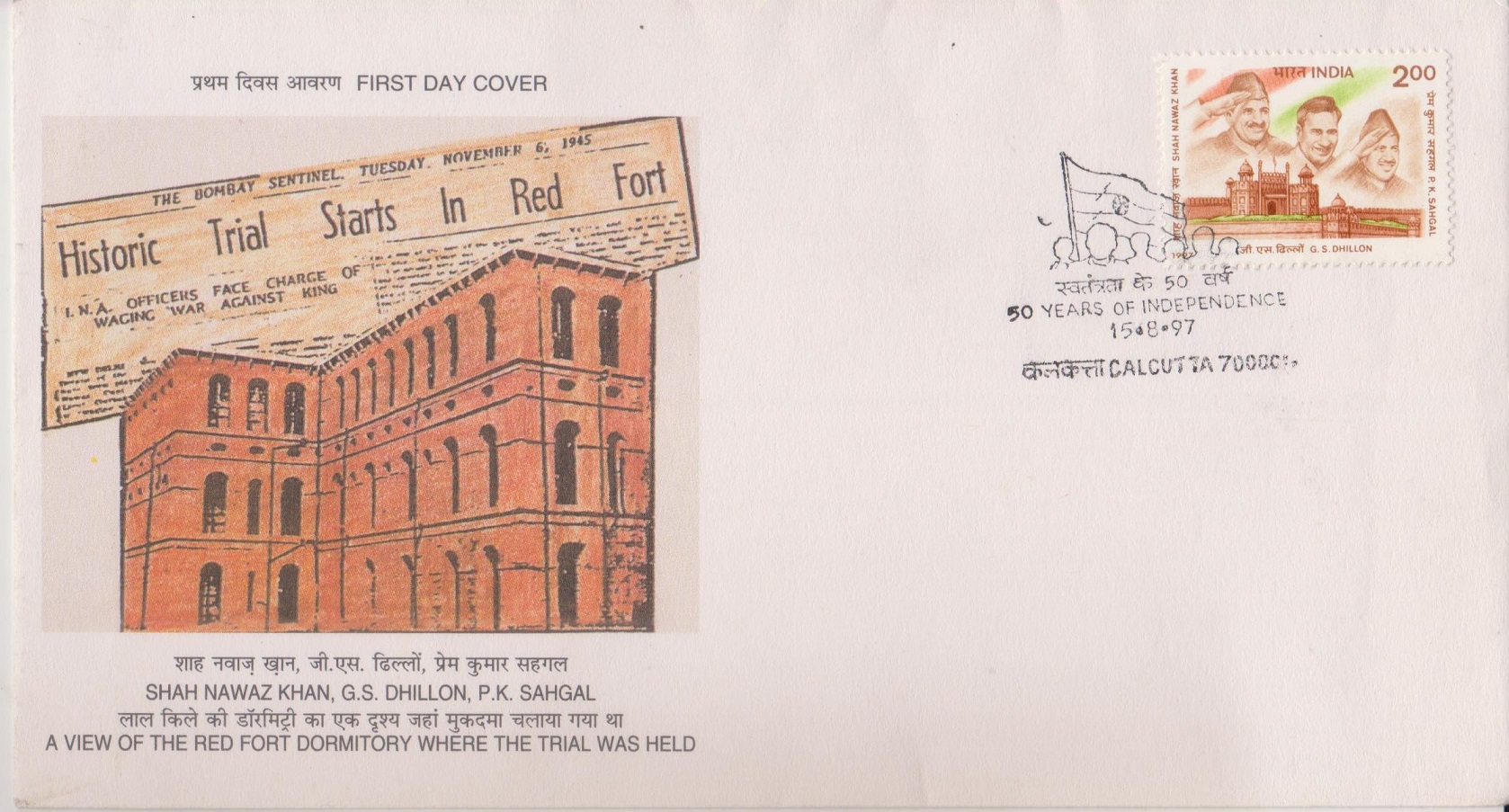 Issued for : The Department of Posts is issuing this special postage stamp on the trial of three senior INA officers as a mark of the nation’s homage to the outstanding service rendered by three brave Indians and countless others who made the supreme sacrifice for the country’s independence.

Design : The stamp is an artist’s depiction of Shah Nawaz Khan, P. K. Sahgal and G. S. Dhillon against the battlements of the Red Fort. The first day cover shows a sketch of the Red Fort dormitory where the trial was held along with the news item appearing in “The Bombay Sentinel”, of November 6, 1945.