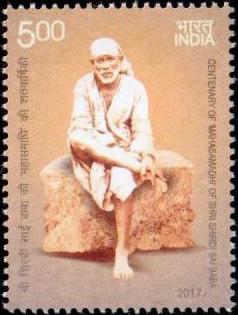 A commemorative postage stamp on the Centenary of ‘Maha Samadhi’ of Sai Baba of Shirdi :

Issued for : Department of Posts is pleased to issue a Commemorative Postage Stamp on Shri Shirdi Sai Baba on the occasion of centenary of his Mahasamadhi.