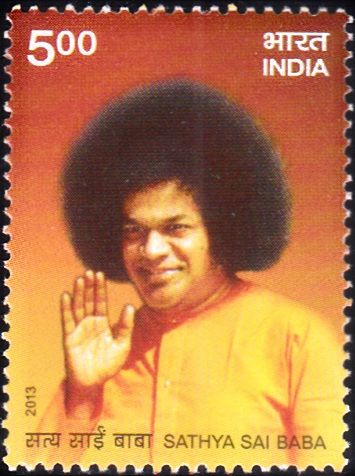 A commemorative postage stamp on the Birth Anniversary of Satya Sai Baba, an Indian guru and spiritual leader, considered as the reincarnation of Sai Baba of Shirdi :

Issued for : Department of Posts is happy to release a Commemorative Postage Stamp on Sathya Sai Baba.