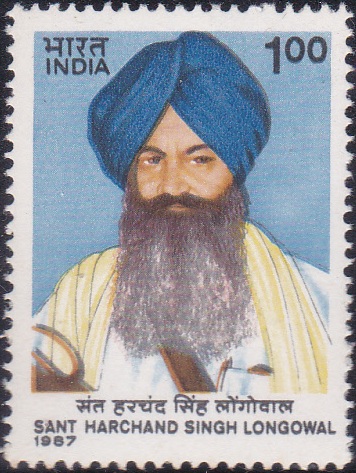 A commemorative postage stamp on the Death Anniversary of “Sant Ji” Harchand Singh Longowal (1932-1985), President of Akali Dal during Punjab insurgency in 1980s :

Issued for : The Department of Posts is happy to issue a commemorative stamp in honour of Sant Longowal.

Description of Designs : The 100 P multicolour stamp depicts the portrait of Sant Harchand Singh Longowal. The cancellation has been prepared by Smt. Alka Sharma.