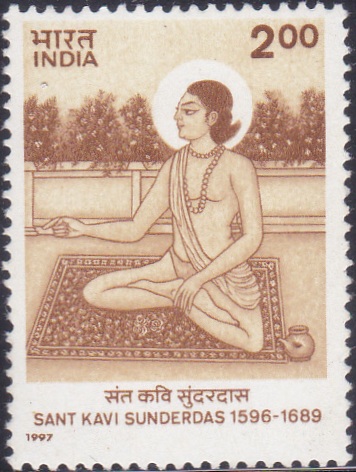 A commemorative postage stamp on the 400th Birth Anniversary of Sundardas, the Sankaracharya of Hindi literature: 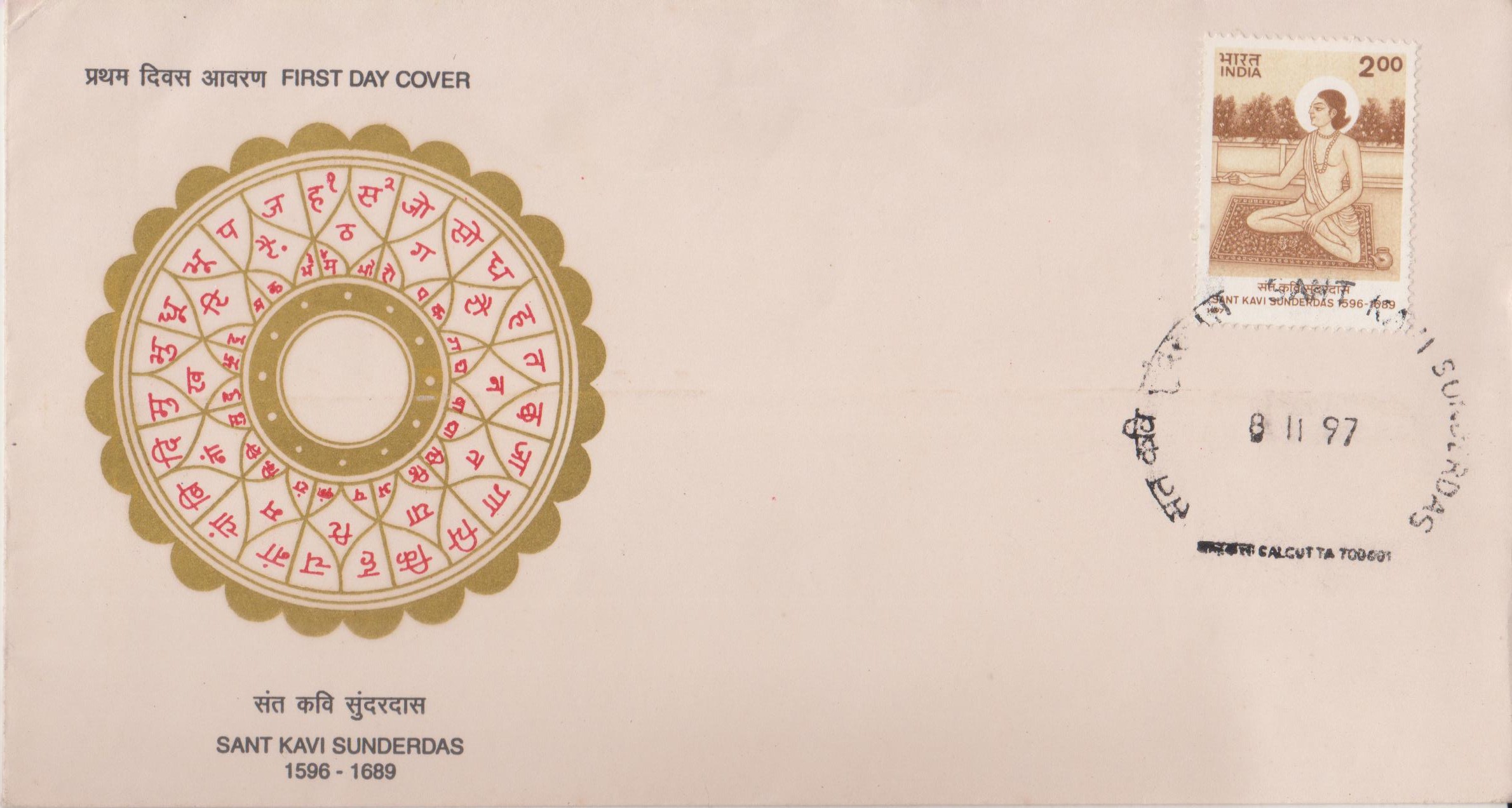 Issued for : The Department of Posts is happy to issue a special commemorative stamp in honour of Sant Kavi Sunderdas.

Design : On the First Day Cover, “Kankan-bandh” composed by the great poet Sunderdas, has been depicted which is a form of pictorial poetry. Every word is inlaid like a gem in a bracelet. This pictorial poetry is read in a special way.