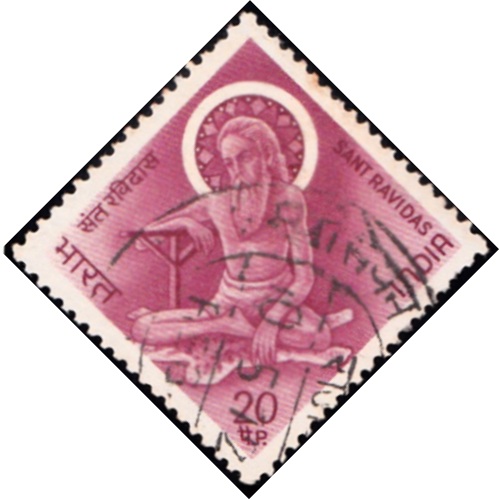 Issued for : The Posts and Telegraphs Department feels privileged to bring out a special commemorative stamp in honour and memory of this great saint, and reformer, Sant Ravidass.

Description of Design : The design of the stamp is pictorial square (Diamond) size and depicts a portrait of Sant Ravidas.