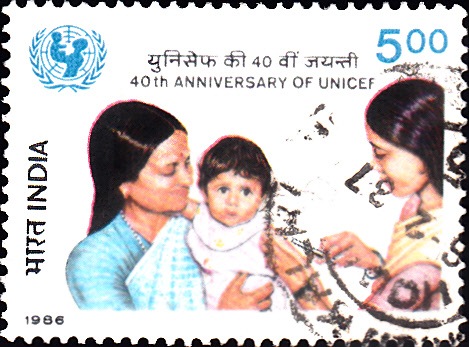 Complete Set of 2 nos of postage stamp on the 40th Anniversary of the United Nations Children‘s Fund (UNICEF), created by United Nations General Assembly in 1946 : 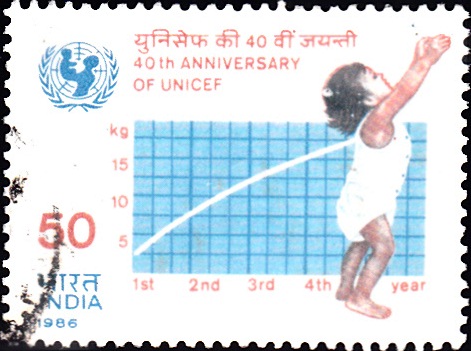 Issued for : The Department of Posts is happy to issue a set of two stamps on the occasion of the 40th Anniversary of UNICEF.

Description of Designs : The set of two stamps of 50 p and 500 p denominations depicting the themes “immunization of the Child” and “growth monitoring” have been designed by India Security Press, Nashik Road. The First Day Cover depicts the UNICEF logo. The cancellation design depicting the 40th anniversary logo has been prepared by Miss Nenu Bagga.