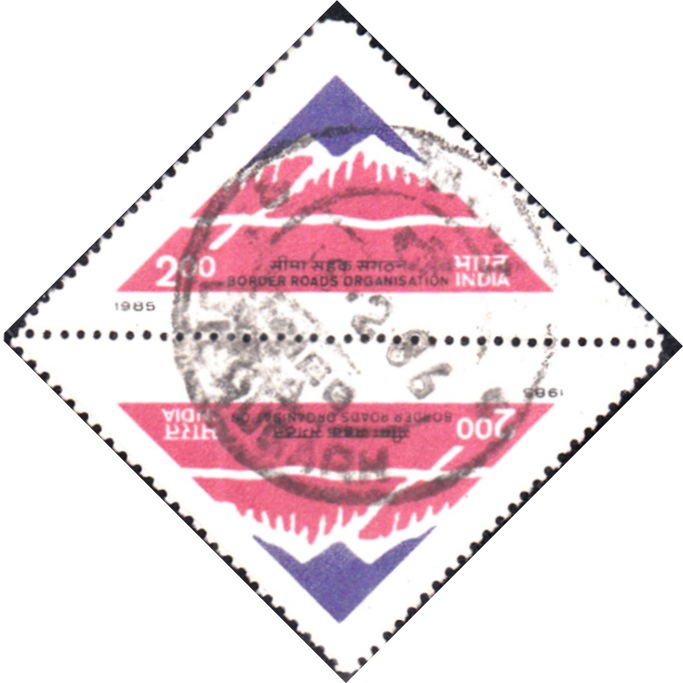 Issued for : The Department of Posts is proud to commemorate the silver jubilee of the Border Roads Organisation by issuing this commemorative postage stamp.