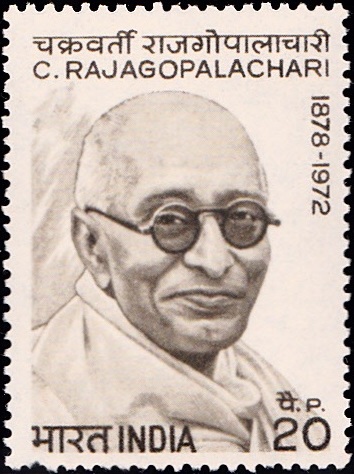 A commemorative postage stamp on the 1st Death Anniversary of Chakravarti Rajagopalachari (Rajaji, C.R.), the last governor-general of India (1948-50) :

Issued for : The P & T Department deems it a great honour to bring out a commemorative stamp in memory of this illustrious son of India on his first death anniversary.

Description of Design : The stamp design is vertical and depicts the portrait of C. Rajagopalachari.