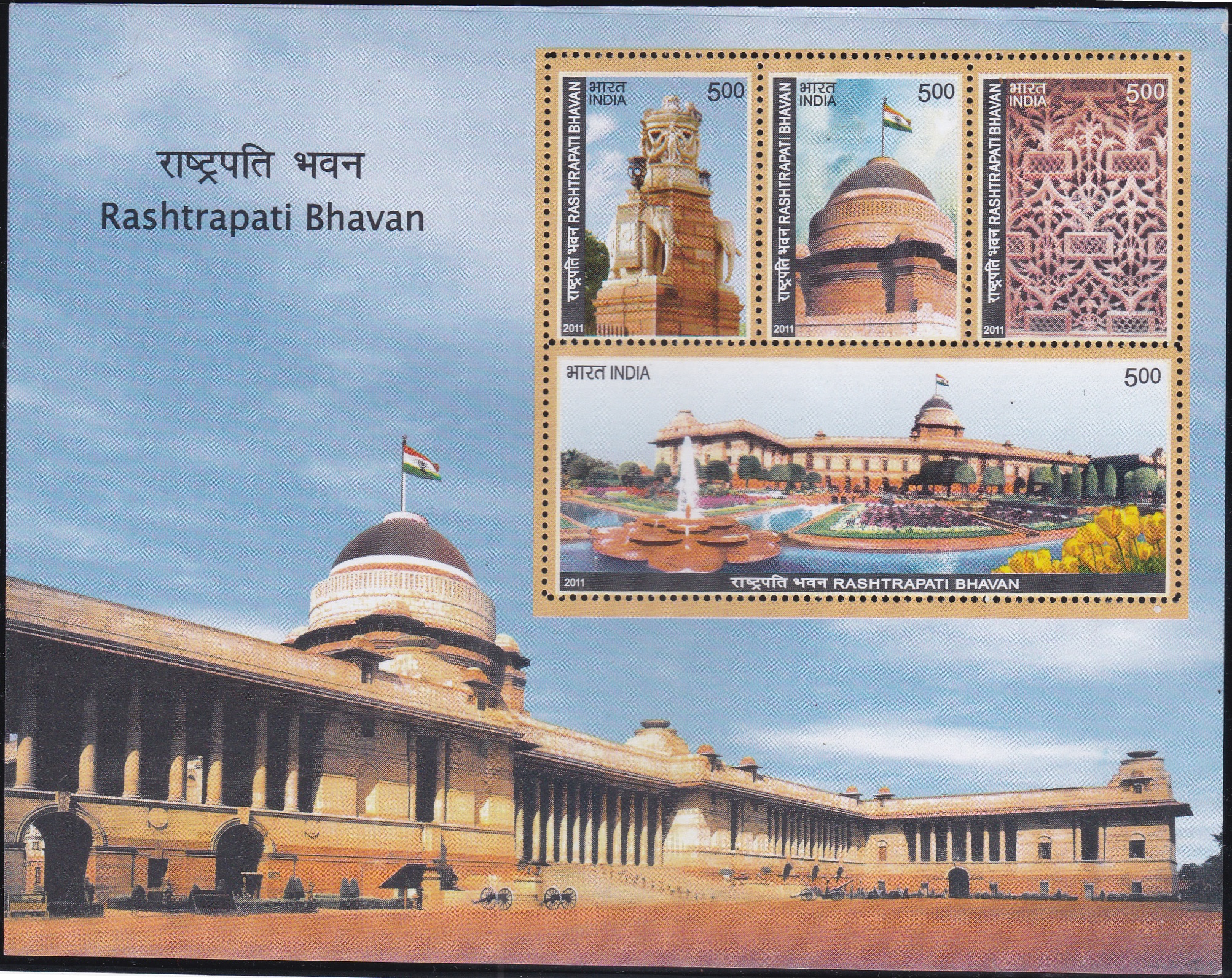 A Miniature Sheet consisting of 4 nos. of commemorative postage stamps on the 80 years of the Rashtrapati Bhawan, official residence of the President of India in New Delhi :

Issued for : As New Delhi celebrates its centenary, the Rashtrapati Bhavan celebrates eighty years of its glorious existence. The Department of Posts marks the occasion with the issue of a set of four commemorative stamps.

Stamps Printed : 0.4 Million each (0.3 million for standard distribution 0.1 million for e-post office to be sent to Sansad Marg HO)