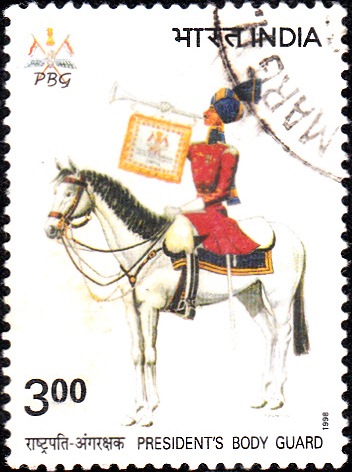 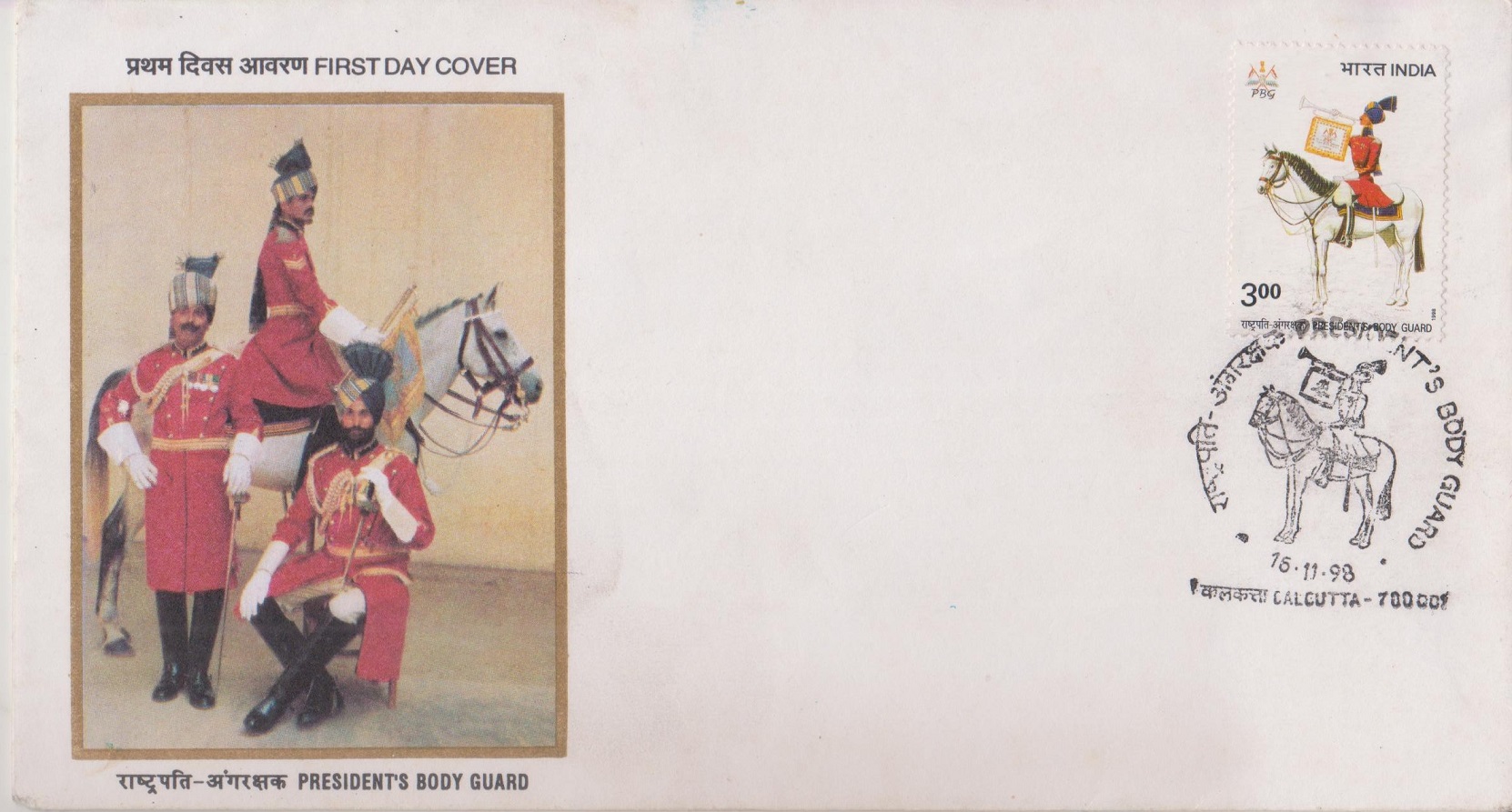 Issued for : The Department of Posts is happy to bring out a stamp commemorating IX Silver Trumpet and Banner presentation to the President’s Body Guard.

Credits :
Stamp & F.D.C. : Based on the material supplied by the President’s Secretariat.
Cancellation : Smt. Alka Sharma