India on International Congress of Orientalists 1964 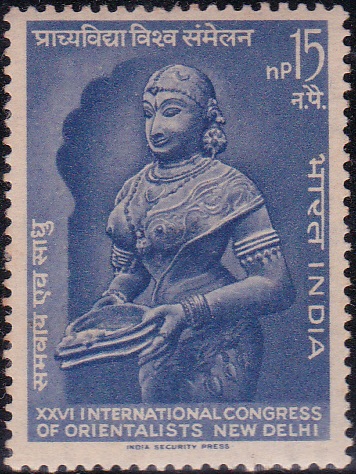 A commemorative postage stamp on 26th International Congress of Orientalists, an international conference of scholars mostly from Europe and USA, held in New Delhi : 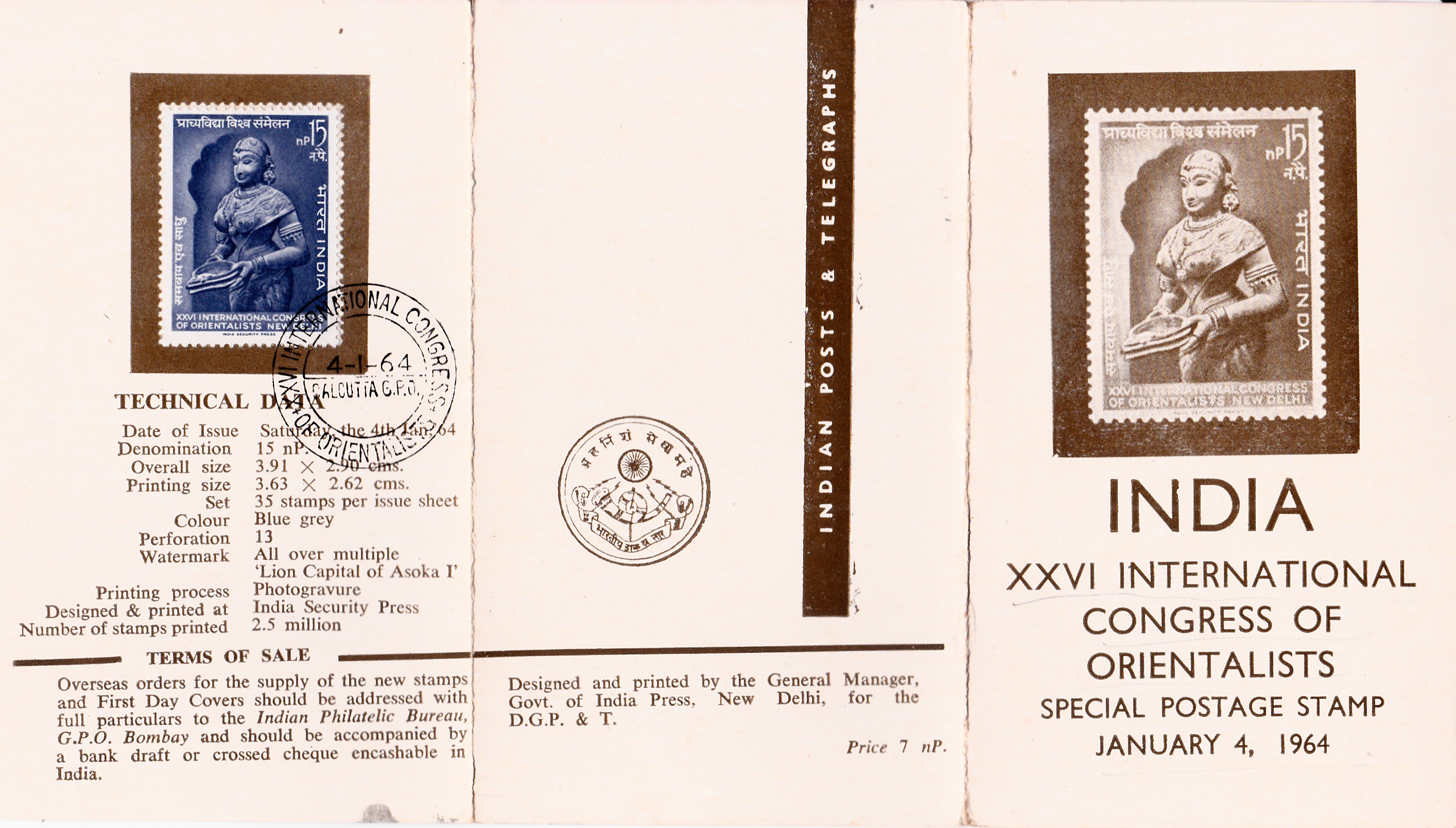 Issued for : The Posts and Telegraphs Department is privileged to issue a special stamp to commemorate the convening of the Congress in India.

Design : Appropriately enough, the motif adopted in the stamp is the bronze figure of “DIPA–LAKSHMI” which signifies the spirit of illumination through study and investigation.

Watermark : All over multiple ‘Lion Capital of Asoka I’