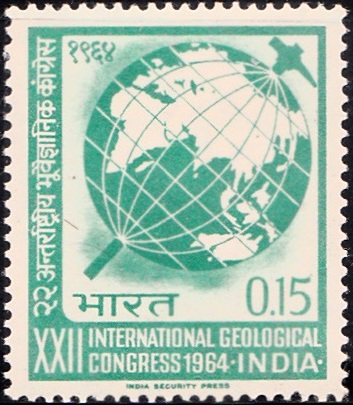 Issued for : The Posts and Telegraphs Department was privileged to issue a special stamp to commemorate the convening of the International Geological Congress in India on the 14th December, 1964.

Design : The motif adopted in the stamp portrays the Earth – the study of which is the domain of the geologist, whose basic field tool is the geological hammer, shown symbolically as the axis of the globe.