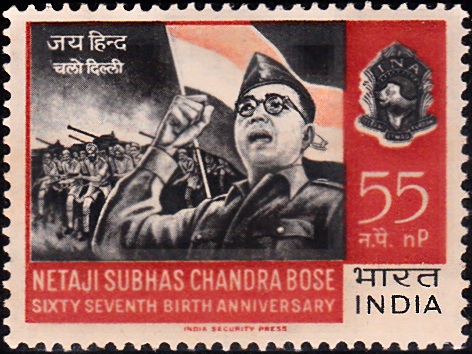 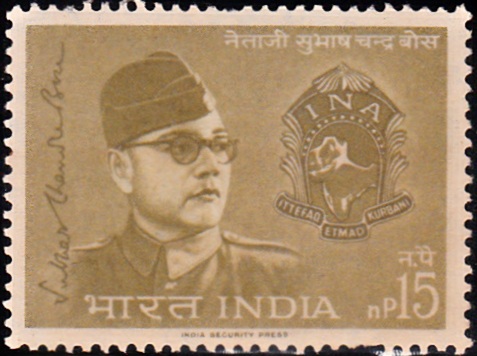 Issued for : The Posts and Telegraphs Department deem it a privilege to issue two special stamps to offer their tribute to Netaji on his 67th birthday, when the entire nation joins in paying homage to the great leader.

“I am happy to know that the Department of Posts and Telegraphs is bringing out a set of special postage stamps in honour of the 67th birthday of Netaji Subhas Chandra Bose. He was a valiant fighter for the country’s freedom and undaunted by difficulties and hardships he carried on the struggle with exemplary courage and devotion. There can be no better tribute to him than the determination of our people to maintain the unity and integrity of the country irrespective of social, communal and other differences.“ – S. Radhakrishnan, Rashtrapati Bhavan, New Delhi-4, January 16, 1964.

Number of stamps printed : 2 million each