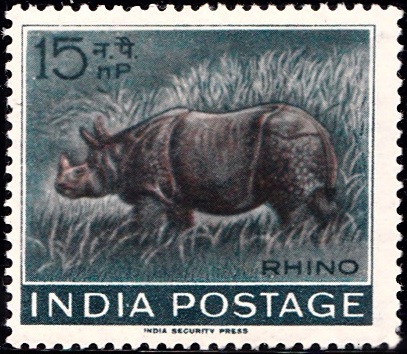 A commemorative postage stamp on the Wild Life Series 1962 :

Issued for : Philatelists, particularly the Juvenile, take a great delight in building up their zoological collections in postage stamps. The Post and Telegraph Department, Government of India, has pleasure in issuing the first Rhinoceros Stamp of Indian Wild Life.