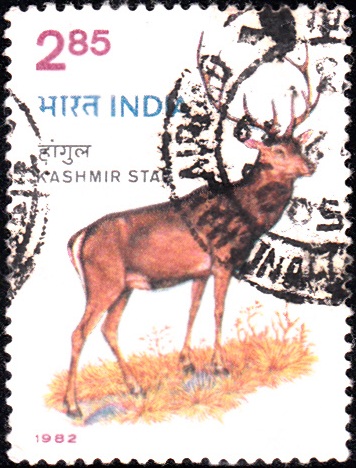 Issued for : Indian Posts and Telegraphs Department is happy to issue a special stamp on Kashmir Stag.

Description of Designs : The design of the stamp is based on painting by HELMUT DILLER (Courtesy by: World Wildlife Fund-India). The first day cover and cancellation have been designed by Charanjit Lal.