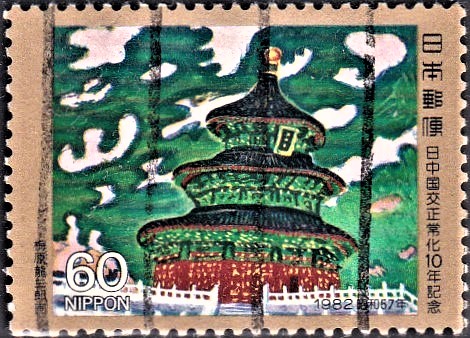 A commemorative postage stamp on the 10th anniversary of the Normalization of Relations between Japan and China :