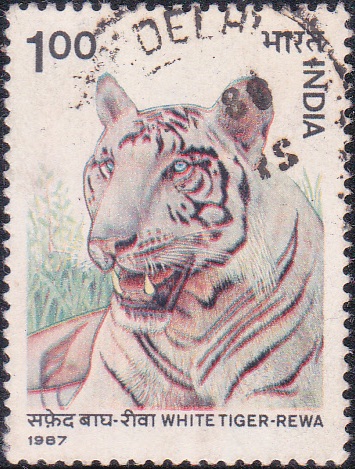 Complete Set of 2 nos of commemorative postage stamps on the Wildlife : Snow Leopard and White Tiger : 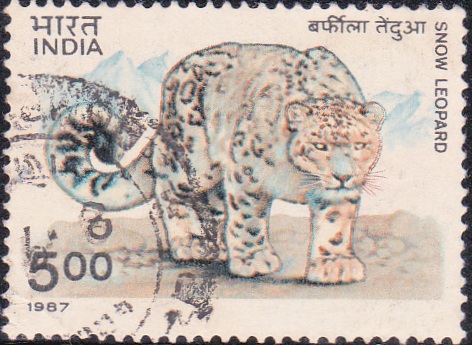 Issued for : “Kshamaya dharitri“, exhorts a line from a Sanskrit Shloka, demanding the Man learn the patience and the forgiveness of the Earth. The forbearance of the earth is nowhere better seen than in the support she gives to wild life threatened by man’s irreverent disregard for the gifts of nature. His wanton and thoughtless destruction of wild life habitat is endangering many spices. The Department of Posts feels privileged to draw the attention of the masses to the urgent need for conservation. By 1987 the Department issued a set of two stamps on one rare and one endangered member of the cat family both of whom are predators at the apex of their respective ecological chains.

Description of Designs : The two stamps in the set on wild life depicting the White Tiger are designed by India Security Press, Nashik Road. The first day cover shows the white tiger, photographed by Thakur Dalip Singh. The cancellation is designed by Smt. Alka Sharma.