Festival of USSR in India 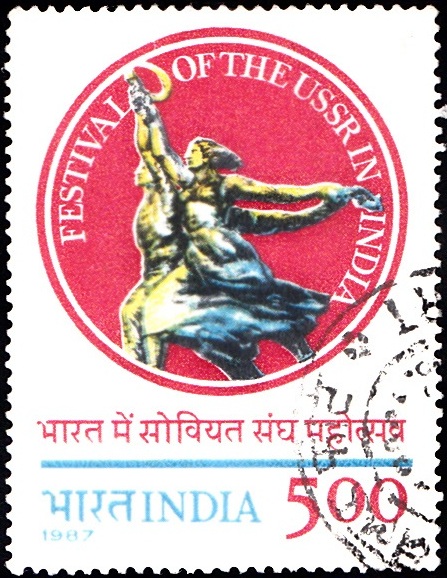 A commemorative postage stamp on the Festival of the U.S.S.R. : Union of Soviet Socialist Republics (Soviet Union):

Description of Designs : The special stamp is based on a world famous sculpture entitled “the Worker and the Woman Peasant” by Soviet sculptor V. Mukhina. This miniature representation of the sculpture serves as the logo of the Festival of USSR in India. The first day cover and the cancellation are designed by Smt. Alka Sharma.