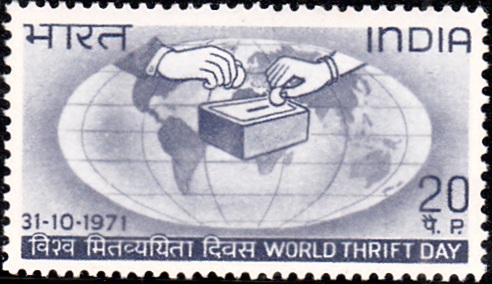 A commemorative postage stamp on the World Savings Day : 31 October, a day devoted to promotion of savings in all over the World :

Issued for : The Posts and Telegraph Department plays an important role in promoting habits of thrift and feel privileged to be associated with the world wide celebrations of the World Thrift Day by bringing out this special commemorative stamp.

Description of Design : The design of the stamp is horizontal and depicts a picture of the Globe and a saving box in the middle with two hands each holding a coin.