A commemorative postage stamp on the 100 Years of Kalka–Simla Railway, an UNESCO mountain railways of India World Heritage Site : 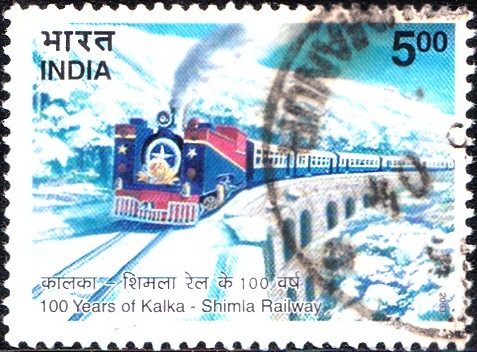 Issued for : The Department of Posts commemorates 100 years of the Kalka–Shimla Railway.

Number of Stamps per sheet : 50