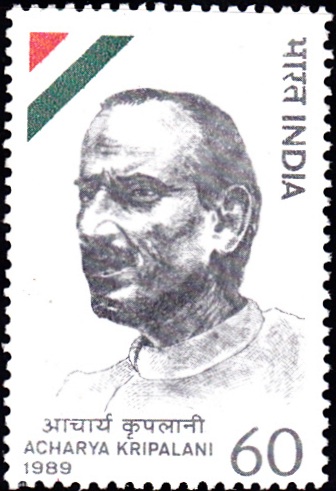 A commemorative postage stamp on the Birth Centenary of Acharya J. B. Kriplani, President of the Indian National Congress during transfer of power in India, 1947 :