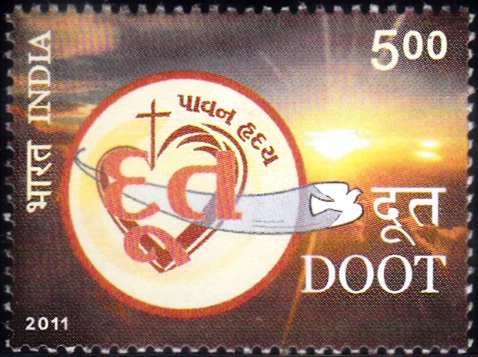 A commemorative postage stamp on Centenary of Doot, a Gujarati Catholic monthly magazine :

Issued for : India Post commemorates the completion of 100 year of “Doot” Magazine with issue of a postage stamp.