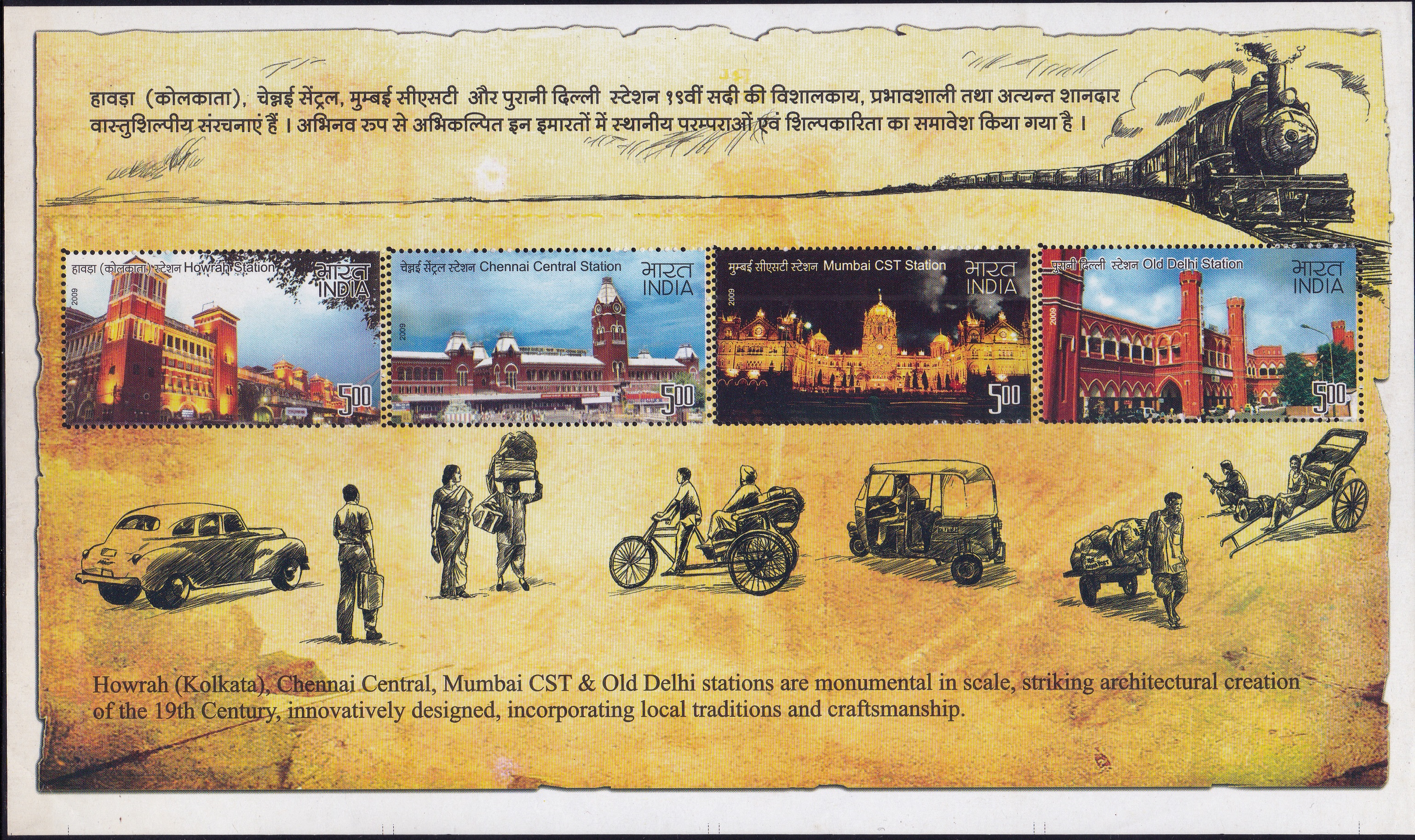 Issued for : The four Metro Heritage Stations of India stand as sentinels of history and progress. The Department of Posts is happy to issue a set of four commemorative stamps on Heritage Railway Stations of India.