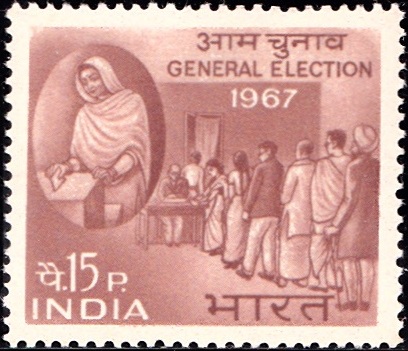 A commemorative postage stamp on the Indian General Election of 1967, elected 4th Lok Sabha of India :

Issued for : To each and every citizen of the largest democracy in the world the ensuing General Election is indeed a most important event. The Indian Posts & Telegraphs Department has, therefore, decided to highlight the occasion by bringing out a special postage stamp on the 13th January, 1967.