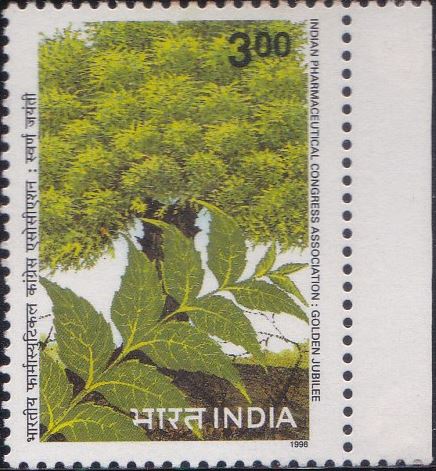 A commemorative postage stamp on the Golden Jubilee of Indian Pharmaceutical Congress Association (IPCA), an apex body of the Indian Pharmacists :

Issued for : The Department of Posts is happy to issue this stamp to commemorate the event.

Design : The stamp design depicts the Neem tree common to most parts of India, the leaves and other parts of which have been traditionally used in Indian Systems of Medicine. Today the modern pharmaceutical industry has re-discovered it and there are many drugs available in the market that are based on Neem extracts.