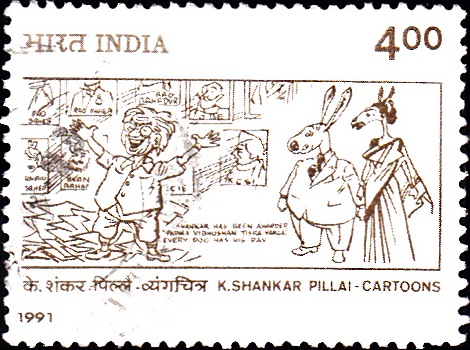 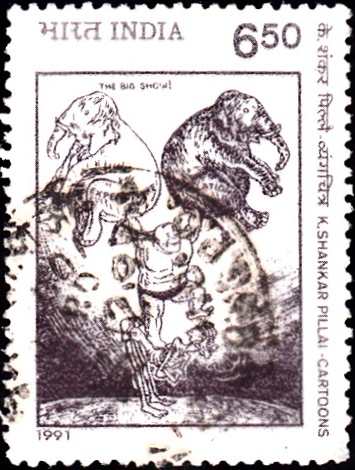 Issued for : To honour this great cartoonist, the Department of Posts is issuing a set of two stamps.