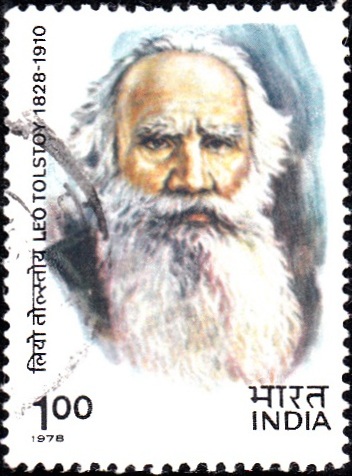 Description of Design : The design of the stamp is vertical and depicts the portrait of Leo Tolstoy.