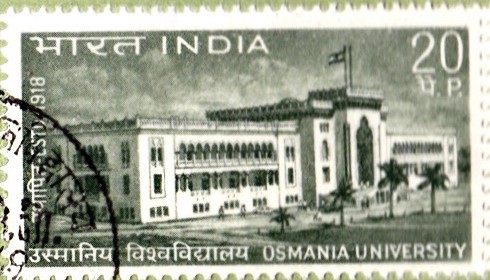 A commemorative postage stamp on Osmania University, a public state university in Hyderabad :

Issued for : The University had just celebrated its Golden Jubilee and the Posts and Telegraphs Department feels privileged to associate itself with this event by bringing out a commemorative stamp in honour of this great university.

Description of Design : The design of the stamp is horizontal and depicts the building of the “Osmania University”.