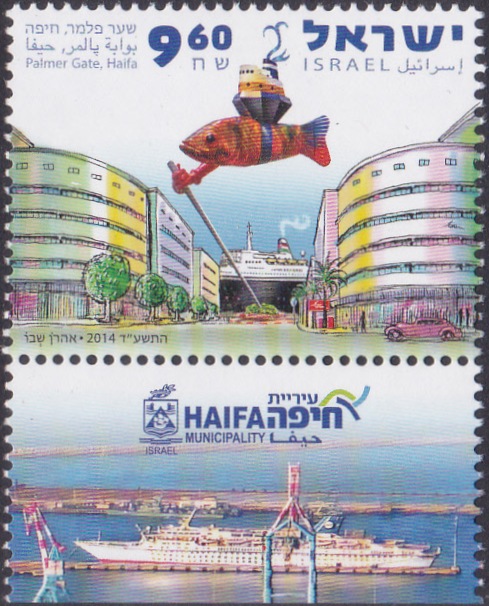 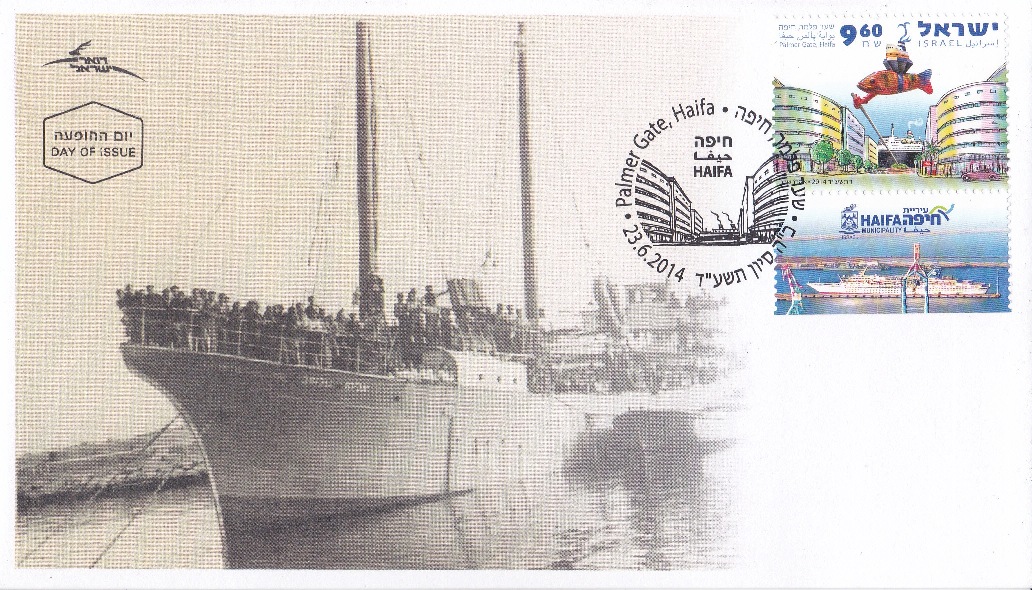 Description of the Stamp and the First Day Cover : The Stamp features Palmer Gate Street and the port; part of a ship at the corner; and statue of a fish with a ship on its back, Zvika Cantor‘s City Fish, which was erected in 2010 in the Haifa–Boston Partnership square, located on the corner of Palmer Gate and Kdoshei Baghdad Streets in Haifa.

The First Day Cover features a photograph of the illegal immigration ship Eliyahu Golomb, docked in the Port of Haifa.

Type : Stamp with Tab, Mint Condition and First Day Cover along with Stamp and a Special First Day Cancellation