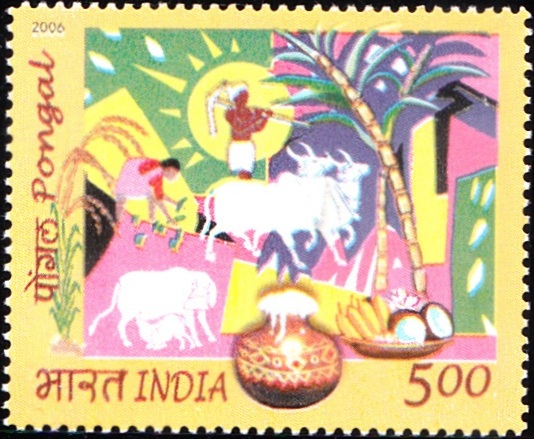 A commemorative postage stamp on the Thai Pongal (Makar Sankranti) festival, a four-day harvest festival dedicated to the Sun God :

Issued for : The Department of Posts honours this great tradition and also shares in the happy festivities by issuing this commemorative stamp on Pongal.