Pakistan on Regional Co-Operation for Development 1965 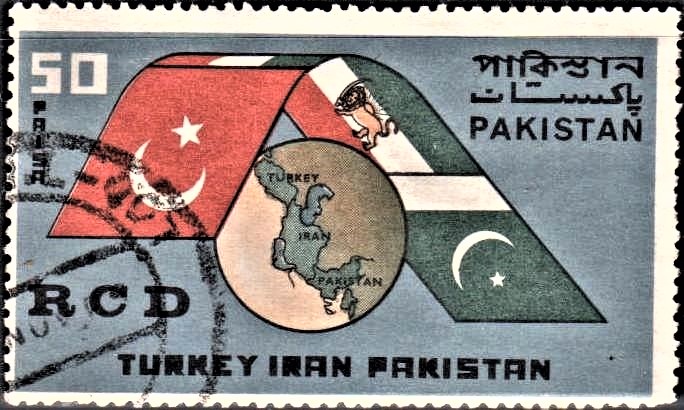 Complete set of 2 nos. of commemorative postage stamp on the 1st Anniversary of the RCD : 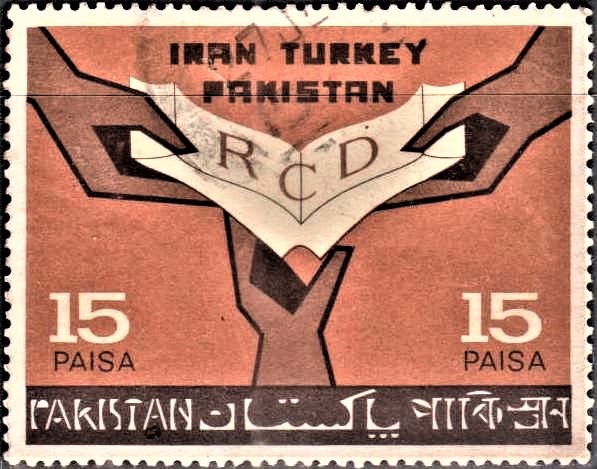 Issued for : To commemorate the First Anniversary of the foundation of the Regional Co-Operation for Development, the Pakistan Post Office is, along with Iran and Turkey, bringing out two postage stamps, reproduced above, on the 21st July, 1965.

15–Paisa. The design consists of an open book held by two hands from right and left corners and supported by third hand at the bottom. The words “R.C.D.”, “Iran, Turkey, Pakistan” the denomination “15 Paisa” and the words “Pakistan” in English Urdu and Bengali also appear on the stamp.