A Miniature Sheet consisting of 2 nos. of special postage stamp on the Christmas : 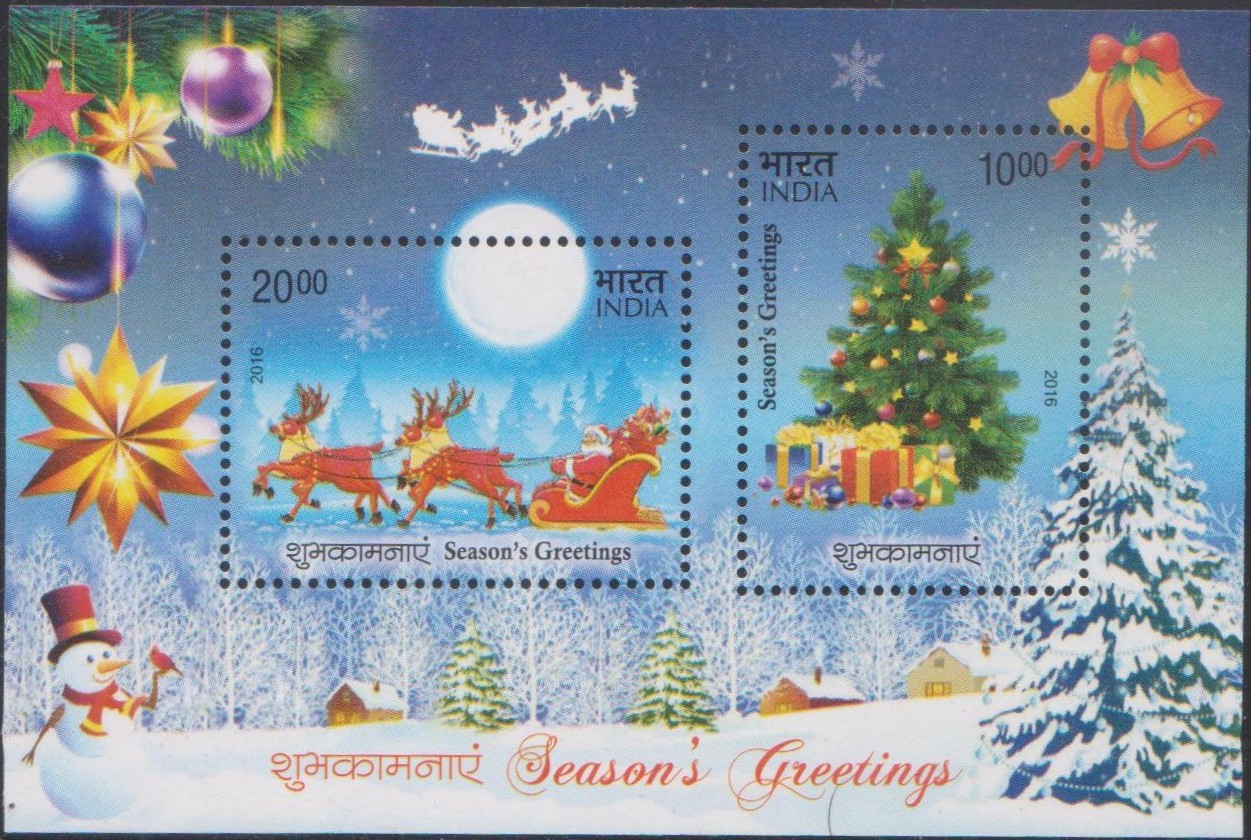 Issued for : The Department of Posts in an attempt to make the medium of communication more evocative, is bringing out two stamps on the theme of Season’s Greetings.