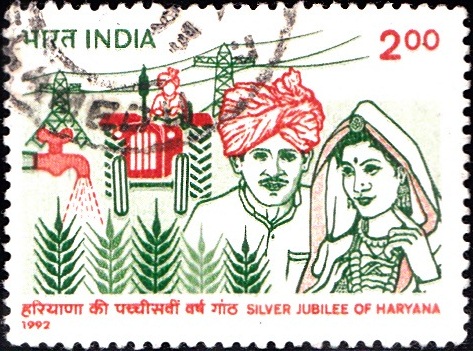 A commemorative postage stamp on the 25th Anniversary of the Haryana State :

Description of Design : The stamp, depicting the various facets of the development of the State, has been designed by India Security Press, Nashik on the basis of material furnished by Haryana Government. The first day cover depicts a scene from the epic ‘Mahabharat‘, believed to have been enacted on the plains of what is now Haryana. The cancellation has been designed by Alka Sharma.