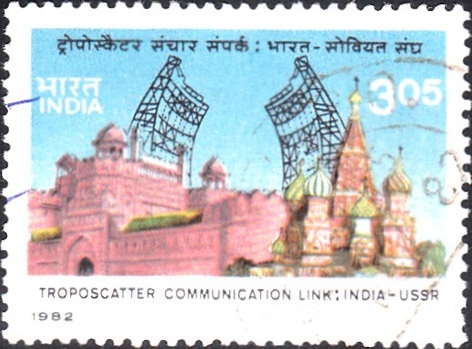 A commemorative postage stamp on the 1st Anniversary of inauguration of Tropospheric scatter (a method of communicating with microwave radio signals over considerable distances) between India and Soviet Union : Issued by India Issued on Nov 2, 1982 Issued for : Indian Posts & Telegraphs Department is happy to issue a commemorative stamp on the first anniversary of the inauguration of the troposcatter link between India and […]