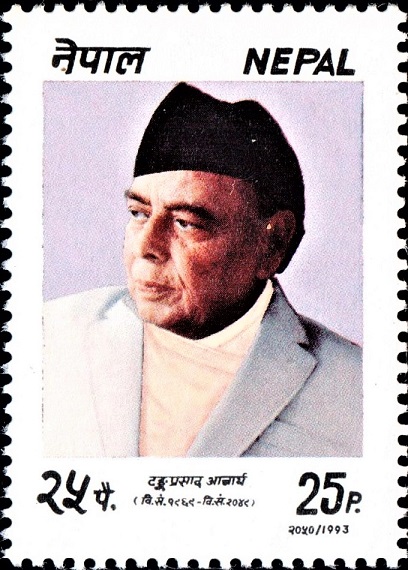 Design : The present postage stamp is a token of his dedication and patriotism.