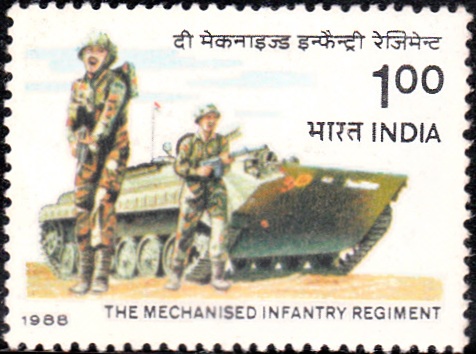 A commemorative postage stamp on the Presentation of Colours to the Mechanized Infantry Regiment of Indian Army :

Issued for : The Department of Posts is happy to issue a stamp on the Mechanised Infantry Regiment to which the President of India today presents colours to laud its sacrifices for the country.

Description of Designs : The designs for the stamp, the first day cover and the cancellation are given by the Defence authorities. The final design of the cancellation was prepared by Smt. Nenu Gupta.