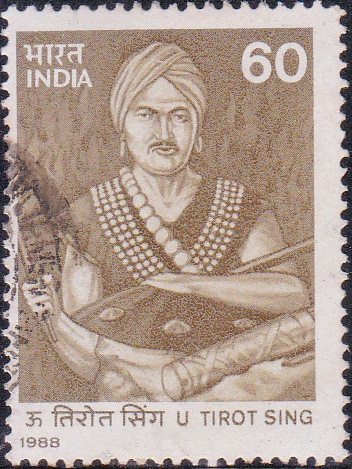 Description of Designs : The stamp was designed by India Security Press, Nashik Road. The first day cover is designed by Shri Sankha Samantha and the cancellation by Smt Alka Sharma, the latter based on a statue of U Tirot Sing.