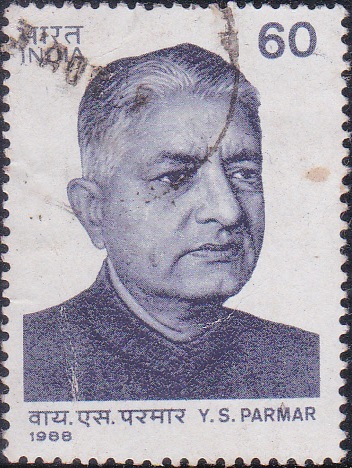 Description of Designs : The stamp is designed by India Security Press, Nashik Road. The first day cover, showing Dr. Y.S. Parmar against a map of Himachal Pradesh, the state to which he devoted his life’s work, is designed by Shri Sankha Samanta. The cancellation is designed by Smt. Nenu Gupta.