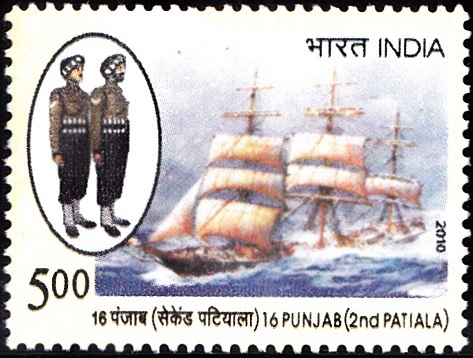 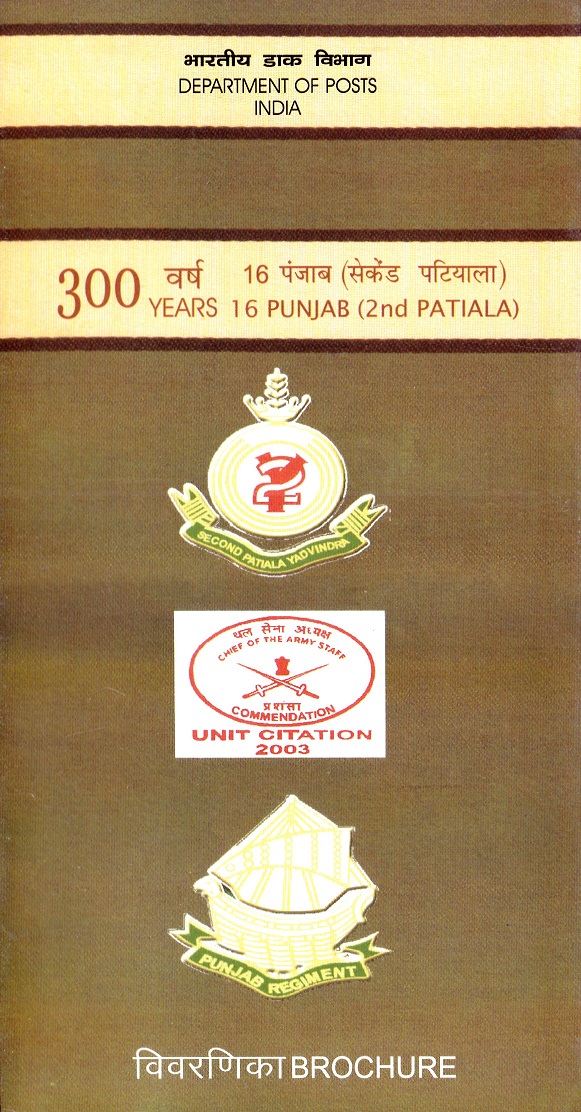 Issued for : India Post is proud to issue a commemorative postage stamp on the tercentenary of 16 Punjab (2nd Patiala).