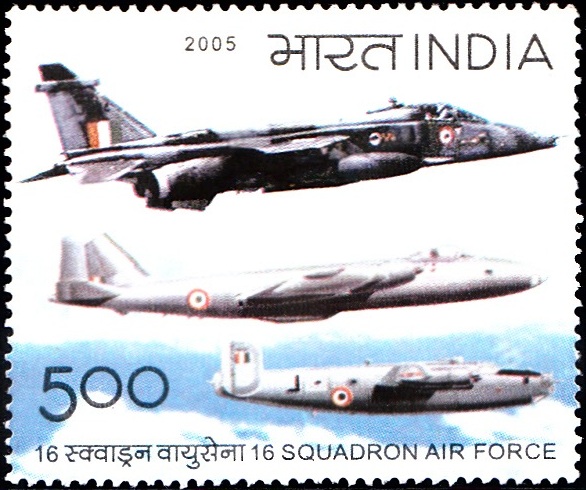 Issued for : The Department of Posts is happy to honour the 16th Air Force Squadron by issuing a special postage stamp to commemorate its 55th Anniversary.