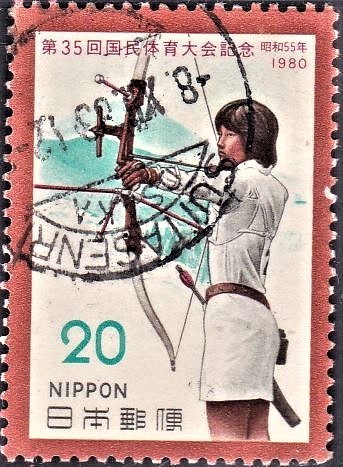 A commemorative postage stamp on the 35th Japan Championships in Athletics, Tochigi, Honshu :

The events took the from inter-prefectual competition.

Design : The design of the stamp depicts archery, the newly recognized as sport entry, in bright colors with Mt. Nantai in the background.