A commemorative postage stamp on the 25th Death Anniversary of Kemal Ataturk (1880–1938), 1st President of Turkey : 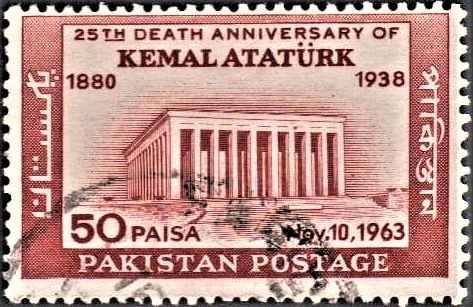 Issued for : Pakistan Post Office is bringing out a Postage Stamp on the 25th Death Anniversary of Ataturk to commemorate the brilliant achievements of that great Muslim leader who created modern Turkey with which Pakistan has long-standing fraternal pacts and friendship.

Number of stamps in each sheet : 80